Every now and then, I put a call out on Twitter for authors to interview; recently Daniel Ross answered. This interview is different to my others- Daniel’s novel is currently unpublished and is going through the proccess of crowdfunding publication via Unbound. Here, he talks about his novel, the writing process and what it’s like to go down the non-traditional publication route.

Tell me a little about your novel- what’s it about? What inspired you to write it?

‘Bobby Denise is Reigning Rampant’ is the story of a retired Las Vegas magician who emerges from prison at the age of 78, 31 years after his beloved white tiger mauled an audience member during a live show. We join him in the present as he’s dragged back into the limelight – a very poor decision influenced by his old colleagues and friends, who now very much inhabit the lower echelons of celebrity. The book follows him on this return to the spotlight and how he deals with the various figures from his past as they try to wrong foot him.

I hope it’s ended up being a weird novel ultimately about guilt, but also more superficially about how showbiz is just a total nightmare. I’ve been a music journalist for about 12 years, and a result I’ve spent a lot of time soaking up the ‘vibe’ in grim dressing rooms above pubs while a hyped band tries to maintain civility on the 150th day of their first major tour, or standing in a lift with celebs juddering in the face of ever-mounting exhaustion and harassment. So for the book, I liked to imagine the one thing I’ve never seen – a deluded entertainer who actually loses it and then has to deal with the consequences. And he really does lose it, I should add.

There were so many inspirations for this book, not least in real life, but if I was going to list the books I ‘unknowingly’ or ‘subconsciously’ nabbed ideas and themes from, it would be this: Michael Chabon’s ‘The Amazing Adventures of Kavalier & Clay’, Angela Carter’s ‘Wise Children’, Jacqueline Susann’s ‘Valley of the Dolls’. Aside from books, the first real inkling that a story might be somewhere in this world of big cats and insane egos came from a Louis Theroux documentary on exotic pets, which is an amazingly vivid portrayal of humankind’s arrogance when it comes to animals. There’s also some good stuff in Jon Ronson’s ‘The Psychopath Test’ about the role of big, powerful animals in the lives of psychopaths. That crops up a bit too.

How did you decide to go down the Unbound route of publication? Can you describe the work that’s involved?

I’m sure this is the case for a lot of Unbound authors, too. I sent my manuscript out to a small clutch of agents, who all roundly rejected it. Then I cast the net a bit wider, with the same result. By this point, I think most people would have the self-awareness to realise their book isn’t perhaps what the public is hankering for currently, but I clung to one or two rejections that suggested there was something like a good idea in there, they just weren’t the ones to try and market it.

So that’s when I submitted to Unbound, who have a similar process of accepting manuscripts as traditional agents and publishers but, of course, the onus is very much on the author to raise the funds and market the book. And it turns out marketing a book before it’s been published is not easy, simply because there are a lot of steps between explaining the process and actually talking about the book which, ultimately, people need to be convinced by.

Recently I organised a pledging event at a pub round the corner from my house, along with three other Unbound authors, where we pitched our books to strangers and probably drank a bit too much. Well I did anyway. Aside from that, I’ve called in all sorts of favours with other places I write for, lined up articles in the local paper, hassled my family, friends and colleagues, I’ve pitched up at book clubs and creative writing classes  to talk about it and I’ve social media’d my brain into another dimension. It’s sort-of working, I would say.

In general, I’d describe the Unbound process as a series of alternate days spent in crippling panic that your insane arrogance in attempting to publish a creative work will be very publicly derided, and genuine bliss when someone you like, love, admire or respect decides to actually buy a copy. There is no middle ground.

Can you describe your writing routine? Do you write in a particular place?

Do you ever read that Guardian piece on a Saturday where famous authors quite winsomely explain what they do during their ‘writing day’? Invariably there’s a commute to a shed or an attic, accurate coffee break timings, how many biscuits they eat as they contemplate the grey of the sky over the sea (because they all live by the sea, these authors). If I ever get to write one of those pieces it’s going to be a big biro drawing of me in my lunch hour shoving pasta and pesto into my face while I try to smash out 200-word nuggets before I have to go to a meeting about web analytics.

Other than that, I do quite a lot of writing in the kitchen when my wife is at netball, usually with some noisy music on. Or in the pubs and cafés of Peckham. The White Horse on a weekday afternoon is pretty blissful.

What books inspired you to become a writer?

I can’t really pinpoint specific books that may have inspired me to write, but I do remember falling in love with writing itself. I was and occasionally still am a music journalist for hire and, like many other music journalists, I get pretty angry if someone dares to take a pot-shot at, say, a Flaming Lips record that to me is clearly genius. So quite early on, I decided to enforce my own opinions in retaliation. I got pretty addicted to reviewing gigs and albums for all sorts of publications, which grew into longer things, cover features, opinion pieces and, when I’d decided I was ready, short stories that had no journalistic purpose whatsoever. And then a novel. Working backwards, it seems like I was inspired to write because other people’s writing made me angry, and I wanted to provoke a similar reaction with my own. Heck. That doesn’t sound healthy at all.

What three books do you think everyone should read- and why?

This is like a ‘favourite song’ question, isn’t it? It might change if you asked again tomorrow. OK FINE, I’LL DO IT. I’ve already mentioned it, but Michael Chabon’s ‘The Amazing Adventures of Kavalier & Clay’ is definitely on the list. I still miss the characters years after reading it, and I desperately wanted to be in their gang. Can’t really do more than that as a writer, can you? Chabon’s got it nailed. 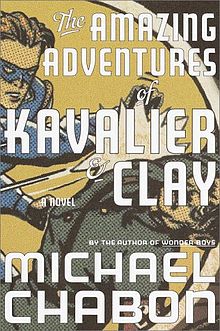 I’ve actually got pretty adolescent taste in books, but I’m not afraid to own it: let’s go with ‘War of the Worlds’ for definite, because in terms of entertainment and brevity you can’t really beat it. And finally, Haruki Murakami’s ‘Kafka on the Shore’ – it’s the first book I read after a long period of not reading anything at all while I was at university. My then-girlfriend-now-wife was on the phone to her mum, I picked up this cool-looking book she was reading which had a cat on the cover, and I basically felt my creative mind slowly exploding over the next week.

What advice would you give to aspiring writers?
Take time off from work to write if you possibly can, and practice the phrase ‘Do you have a wifi code?’ over and over again in the mirror. Generally speaking I feel quite blunt about the act of writing. If your writing is important enough to you, you’ll do it: if you’re not writing, it’s not that important to you. I don’t mean that to sound bleak, but it’s actually not when you think about it.

If you’d like to learn more about Daniel, his website is here. You can find him on Twitter here. To pledge towards Bobby Denise is Reigning Rampant, visit the Unbound page.