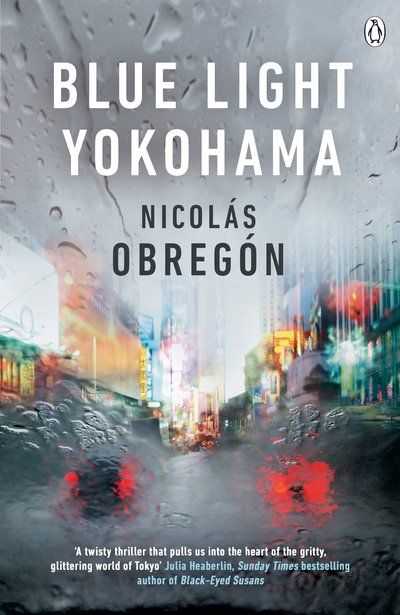 This book was recommended to me by a publicist aaaages ago- inspired by a mysterious and famous murder in Japan, it’s a race-against-time, misfit-cop novel that’s hugely enjoyable.

Kosuke Iwata is a man with an airport’s-worth of baggage (trauma could be his middle name) when he’s transferred from a small-town police division to the bright lights and stresses of Tokyo’s homicide division. It doesn’t help that he’s literally filling dead man’s shoes- the previous detective investigating his case threw himself off a bridge a few weeks before. Paired with the enigmatic Noriko Sakai, Iwata quickly finds himself mired in a weird world full of racism, cults and South American symbolism, in a gory case dubbed ‘The Black Sun Murders’: a series of gruesome murders starting with the obliteration of a Korean family, in a series of homicides in which each crime scene has a black sun daubed in soot on the walls. Iwata must battle enemies both within and outside the police- as well as his own demons- if he is to solve the case in time. It’s a twisty, turning kind of story that’ll have you completely confident you’ve solved it, until something else happens; I was on my metaphorical toes the whole time I was reading this. I often ‘crack’ novels quite early on, but there was no chance with this one- it’s messy, confusing and utterly thrilling at turns.

It’s a brutal novel, but a strangely beautiful one. The world of Iwata is neon bright, even when the subject matter is dark (no-one is safe in this novel. Old ladies, little girls, married men- all fair game.) Obregón has an impeccable eye for detail and his characters are utterly believable. It’s a slow burner of a novel that will have you utterly hooked before you know it. I enjoyed this loads and I will definitely be keeping an eye out for the rest of the series.